Cookie Consent by Free Privacy Policy Generator Keel Row Books | Women’s Suffrage Society Accounts. Free Church League for Women's Suffrage Lewisham & District Branch [Manuscript Account Book].
< Back
Anon.
Women’s Suffrage Society Accounts. Free Church League for Women's Suffrage Lewisham & District Branch [Manuscript Account Book].
Publisher:
Date of Publication: 1912
Stock Code: 6018
Octavo cash-book. Pre-printed in columns and paginated 1-258, with inscribed entries up to p. 63, from 202-4, and from 251-255, the remainder blank. Originally bound in cream sheep, respined in deep cream buckram using original maroon moire boards and retaining later manuscript title label to spine. All edges marbled. New marbled endpapers with original label retained from Lydall & Son of Lewisham to rear paste-down. Boards surface scuffed with wear to edge. Paper title label “Uncle Whit’s Accounts Free Church League for Women’s Suffrage (Lewisham)” with “including family letters 1918-39” crossed through. The family letters have been excised, accounting for pp 64-101, pp 148-161, 170-1, 200-1 and 240-49 lacking. However all of the Free Church League accounts from 1912 to 1918 remain. The contents include an Index of all the subscribers and the amounts they gave, and shows a steady increase in membership over the period, presumably reflecting public opinion that women deserved representation. Most members paid 1 or 2 shillings, while a handful of wealthier contributors gave up to 5. Membership was mainly but not exclusively female, and included a number of married couples. Also recorded are expenses for items such as Banners, and money donated to good causes, which included war relief efforts, the London School of Medicine for Women and School for Mothers. The Free Church League for Woman’s Suffrage was founded in 1910 in response to the formation of the Anglican organisation the Church League for Women’s Suffrage in 1909; the FCLWS was a smaller organisation than its Anglican counterpart and drew together dissenters who felt shut out from the CLWS. The FCLWS tended to support militant action more enthusiastically than its counterpart. The new Representation of the People Act was passed in 1917, giving the right to women aged 30 and above if they were registered or married to registered property occupiers with a rateable value of £5 and above (which was most of the property in the UK), and the first election under the new system took place in December 1918. The combined efforts of societies like the Lewisham Branch of the Free Church League had paid off and the records in the manuscript end during the year in which their main aim had been achieved. £600.00

Free postage to any UK address, and
free postage on overseas orders over £150.
Overseas orders below £150 –
Europe £6 / USA £14 / Rest Of World £9
Find out more about international shipping including heavy items & customs & taxes.

All items are guaranteed to be as described & are fully insured in transit. See our returns policy & find out about the bookselling terms we use. 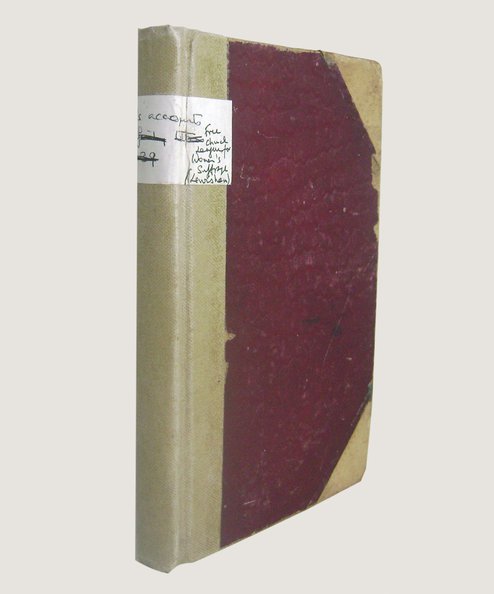 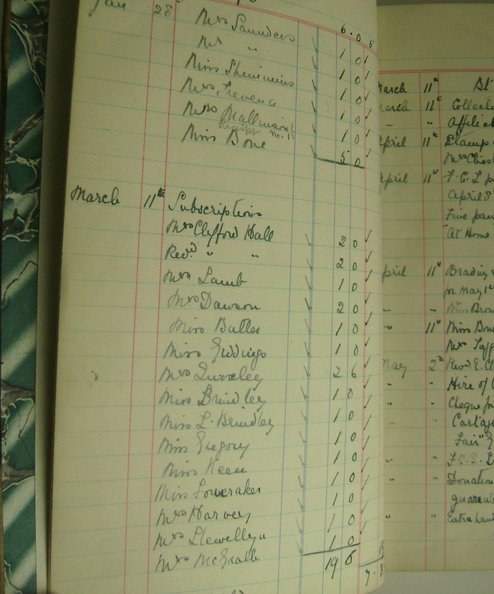 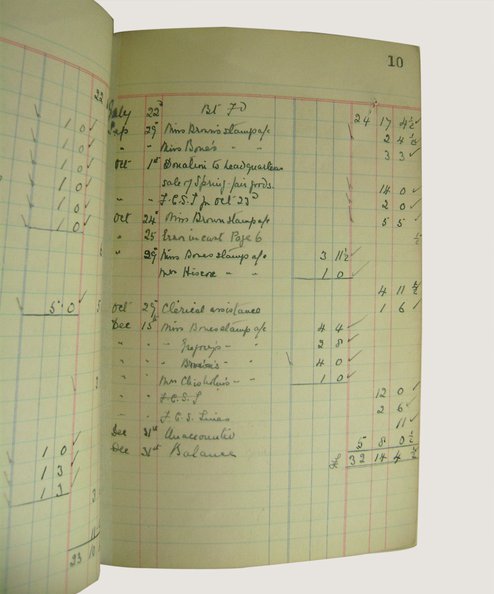