< Back
Hannington, Wal.
Gift Inscribed bu the Author to English Communist George Hardy. Unemployed Struggles 1919-1936.
Publisher: Lawrence and Wishart, London;
Date of Publication: 1936
Stock Code: 6927
FIRST EDITION. GIFT INSCRIBED BY THE AUTHOR. Octavo, pp. xii, 328. 42 illustrations including photographic portrait frontispiece of the Author. Publishers’ red cloth with gilt titles to spine. Cover cloth lightly toned to spine and rubbed at tips. Boldly gift inscribed in year of publication to ffep: “ To my old Pal and Comrade Geo Hardy who would have been mentioned in this book - but curse Hitler and his spies- he couldn’t be. Wal Hannington Nov 4th 1936”. Walter "Wal" Hannington (1896–1966) was a founding member of the Communist Party of Great Britain and National Organiser of the National Unemployed Workers' Movement, from its formation in 1921 to its end in 1939, when he became National Organiser of the Amalgamated Engineering Union. He was imprisoned for twelve months in 1925 under the Incitement to Mutiny Act. Recipient George Hardy (1884-1966) was an English communist, Secretary of the Industrial Workers of the World and a Comintern agent in China in the 1920s. £95.00 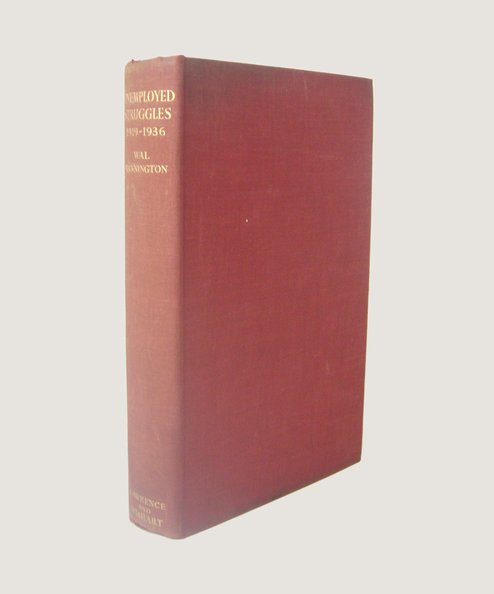