The debate on whether to leave the shutter box red, or paint it green to match continues... 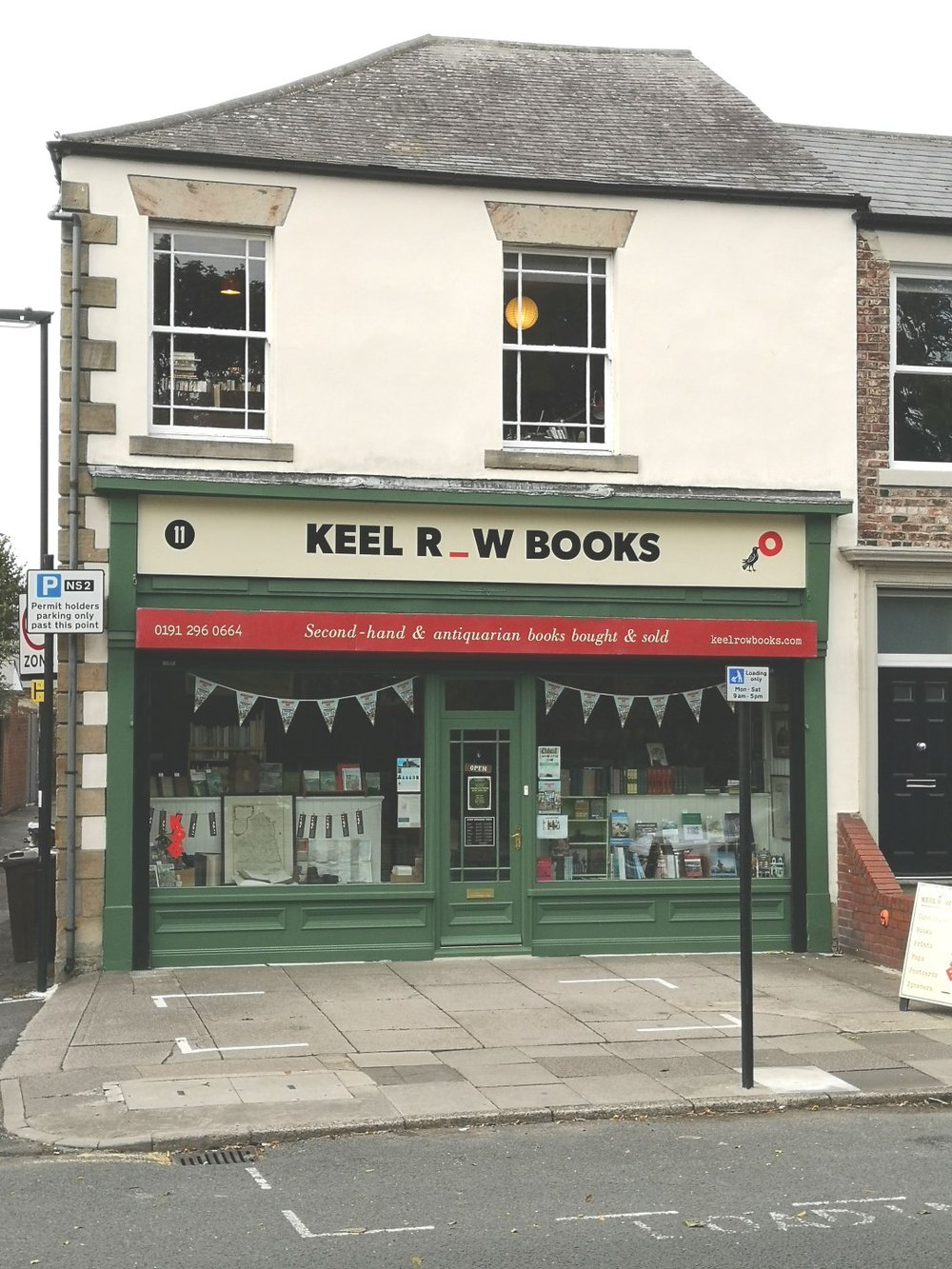 Date: 20.10.22
Deliveries in October & November
If you buy online this autumn, order delivery is likely to take longer than usual. Both Royal Mail & Parcelforce are on strike on multiple days over the busy months of October and November.

During the strike, we'll continue to dispatch daily, and will bring our parcels to the Post Office ourselves on strike days. If you live in the north east, consider coming to visit us in person to avoid postage delays. Give plenty of time for order delivery (from any company, not just us!) and if you need an order dispatched urgently, give us a call on 0191 2960664 and we'll do our best to get it to you quickly.

Slow delivery is likely to affect many UK businesses. With Royal Mail alone accounting for over 50% of the UK delivery market, alternative courier companies may well struggle to keep up with demand, as businesses seek other ways to deliver their orders over the strike period.

The CWU are striking over a 2% imposed pay deal, at a time when RPI inflation is currently running at 11.8 per cent. Royal Mail has announced Group profits of £758 million.
Date: 18.10.22
Deep dive into local history 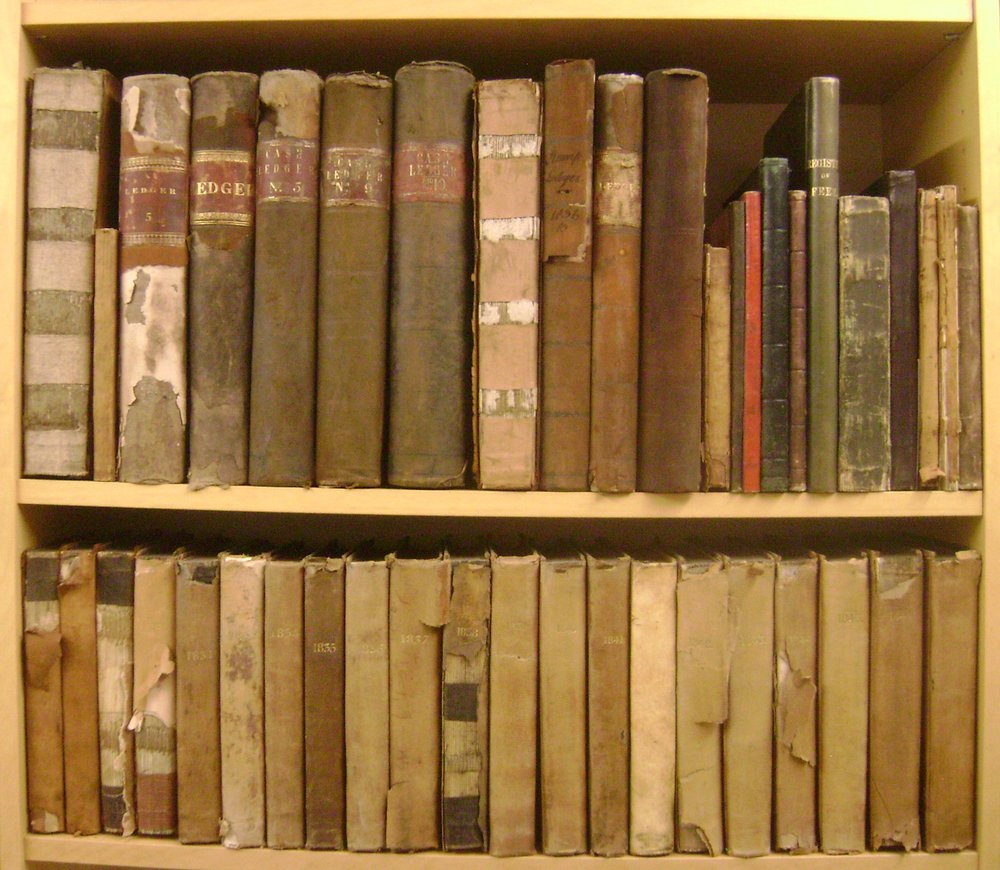 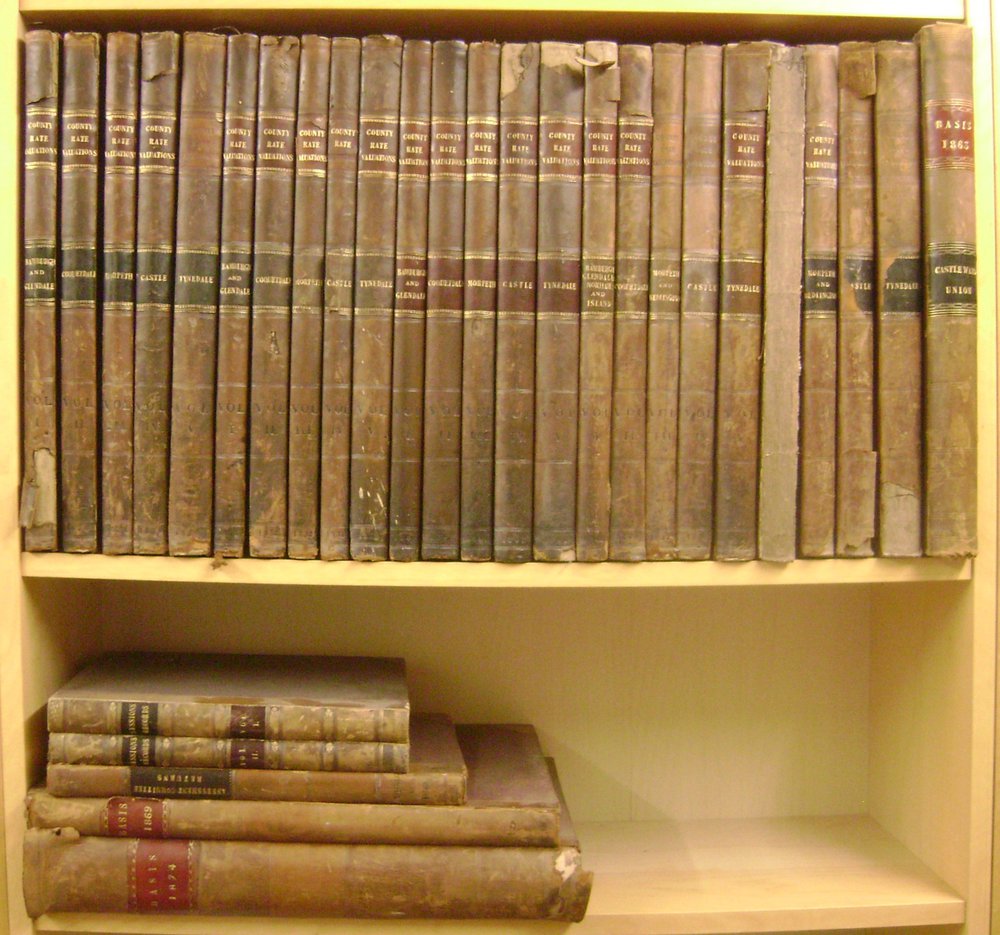 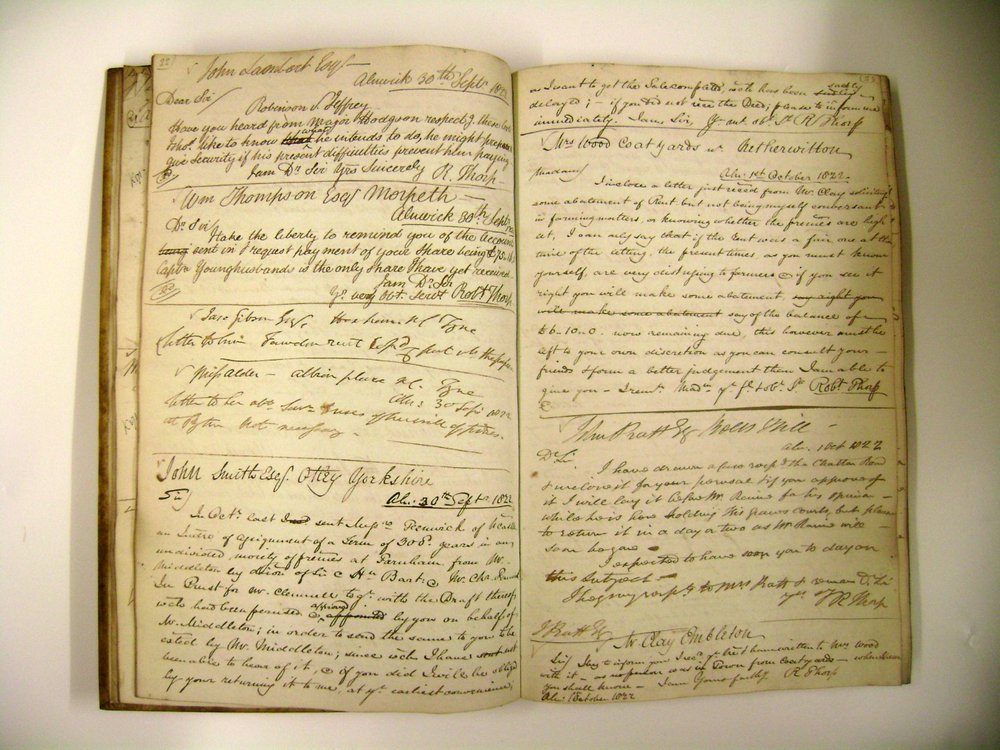 It has been our pleasure to deliver 15 large boxes of manuscript (handwritten) material to the Northumberland County Archives at Woodhorn Museum this week.

The material came from the firm of Dickson, Archer and Thorp, solicitors of Alnwick, Northumberland. There were some 230 manuscript volumes, dated from 1768 through to 1904. The archive is an incredibly detailed record of the inner workings of probably the most important legal practice in Northumberland during the 19th century, and consists of Letterbooks, Daybooks, Ledgers, Stamp Ledgers, Account Summaries, Cash Books, Bill Books, Solicitor's Summaries, Case Books, Diaries and numerous other legal volumes, Deed books, Notes From the Quarter Sessions Records and County Rate Valuations.

It covers everything from the daily minutiae of a country lawyer's office, through to the decades long business dealings of some of the most important people in the County. It is highly unusual for such a comprehensive archive to survive and will be of great interest to local, legal, social, and economic historians.

There were also 28 volumes of County Rate Valuations, dated 1830 - 1869. These provide a fascinating glimpse into the condition and ownership of property in the county of Northumberland in the mid 19th century. The five Wards covered are Bamburgh & Glendale, Coquetdale, Morpeth, Castle (covering Newcastle upon Tyne and Tynemouth) and Tynedale, with each ward split into Divisions, and further subdivided into Parishes.

When we acquired this large archive a number of years ago, we made a decision there and then not to advertise it on the open market. It was important to us that it remained where it belonged, in Northumberland. When the Head of Archives in Northumberland expressed her interest in acquiring the material, we agreed to hold it in reserve whilst funding was secured.

There is a wealth of fascinating material within the archive, from an early form of pre-nuptial agreement making provision for the prospective bride in the event of her widowhood, to a mother who spent her children's share of her late husband's estate when she should have been safeguarding it for them, to a disturbance in Silver Street in Durham which led to four men falsely imprisoning another, telling him “he was their prisoner and if he strived they would blow his brains out”. Deeper study will reveal the lives of many people who lived and worked in Northumberland in the 18th, 19th and early 20th century, from farmers, landowners, business owners, law-abiding rate payers to ne'er-do-wells and criminals.

We hope the archive will be an important resource for the people of Northumberland. Please contact the Northumberland Archives at Woodhorn if you're interested in viewing the recently acquired material.
Date: 27.09.22
Found in a book 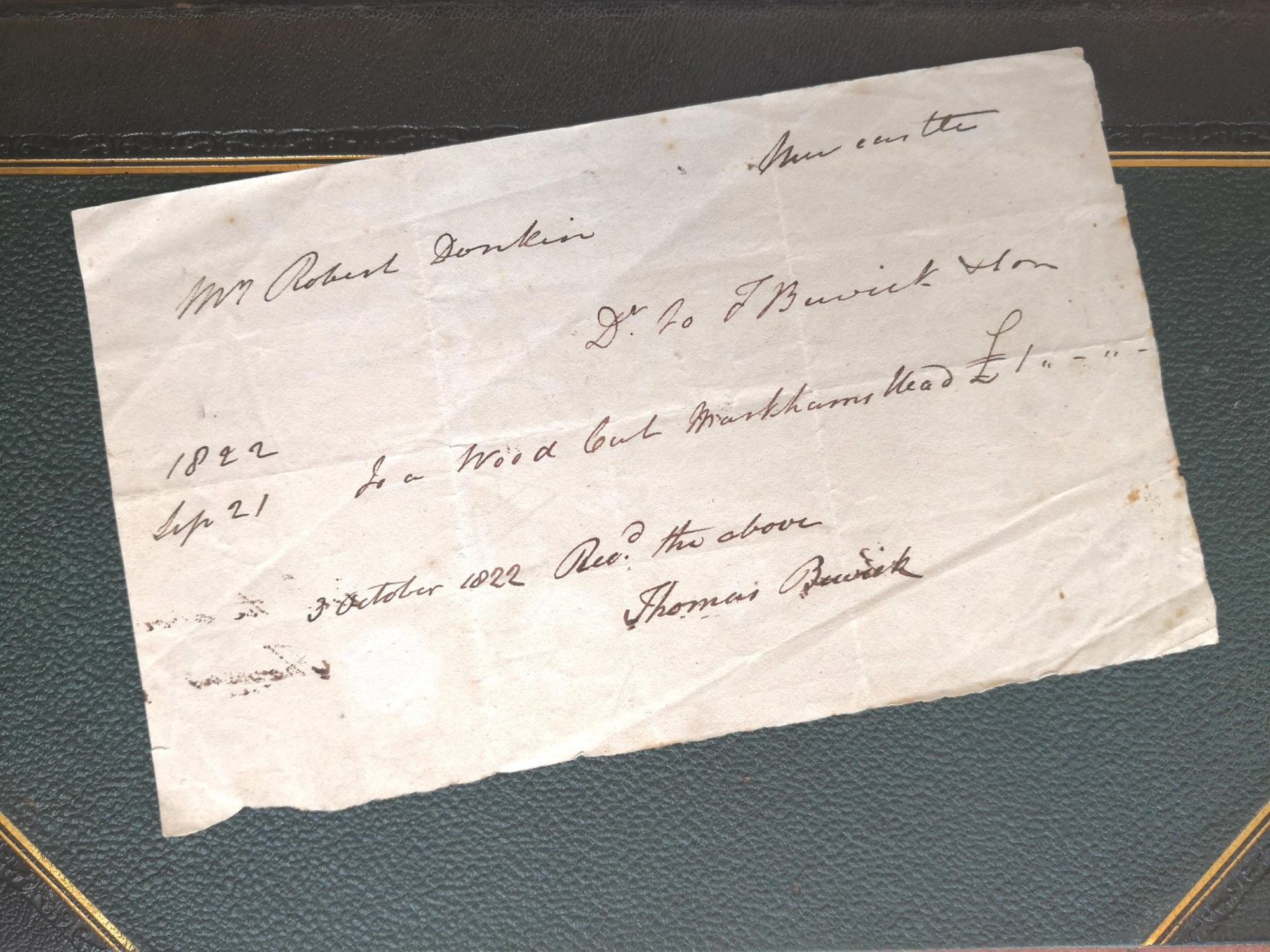 We've found all sorts of stuff in books, from family photos to shopping lists to a single crisp £50 note hidden inside a dustjacket.

A few months back we had a rather special find- a 200 year old handwritten receipt tucked inside a book from an auction lot we had purchased some time ago. Dated 21st September 1822, it had been written by acclaimed Newcastle wood engraver, artist and illustrator Thomas Bewick, to a Mr Robert Donkin.

A little bit of digging in Tattersfield's Bewick bibliography turned up a mention of the very same receipt in the archives at Cherryburn, Bewick's birthplace, now managed by the National Trust. We established the receipt had featured in a Cherryburn Times article over 30 years ago. It was then tucked inside a Bewick reference book, where it remained until we bought the book in an auction lot.

Anthony was delighted to be able to return the manuscript receipt to Cherryburn when he attended the recent Bewick Society AGM. Manuscript items handwritten by Bewick are quite valuable, not to say scarce. It's now back in the archive where it belongs.
Date: 20.09.22
Post: Alice
We're partially closed Mon 12th to Fri 16th Sept
It's been measured, cut, sprayed and glazed. Our new shop front is being installed this week. We'll be partially closed for installation Mon 12th - Fri 16th Sept. We'll be accepting and dispatching online & phone orders as usual. If you've travelled a distance to visit, we can allow access to upstairs only, if you're local please hang on 'til next week. Ring us on 0191 2960664 to arrange access. It's gonna be messy... 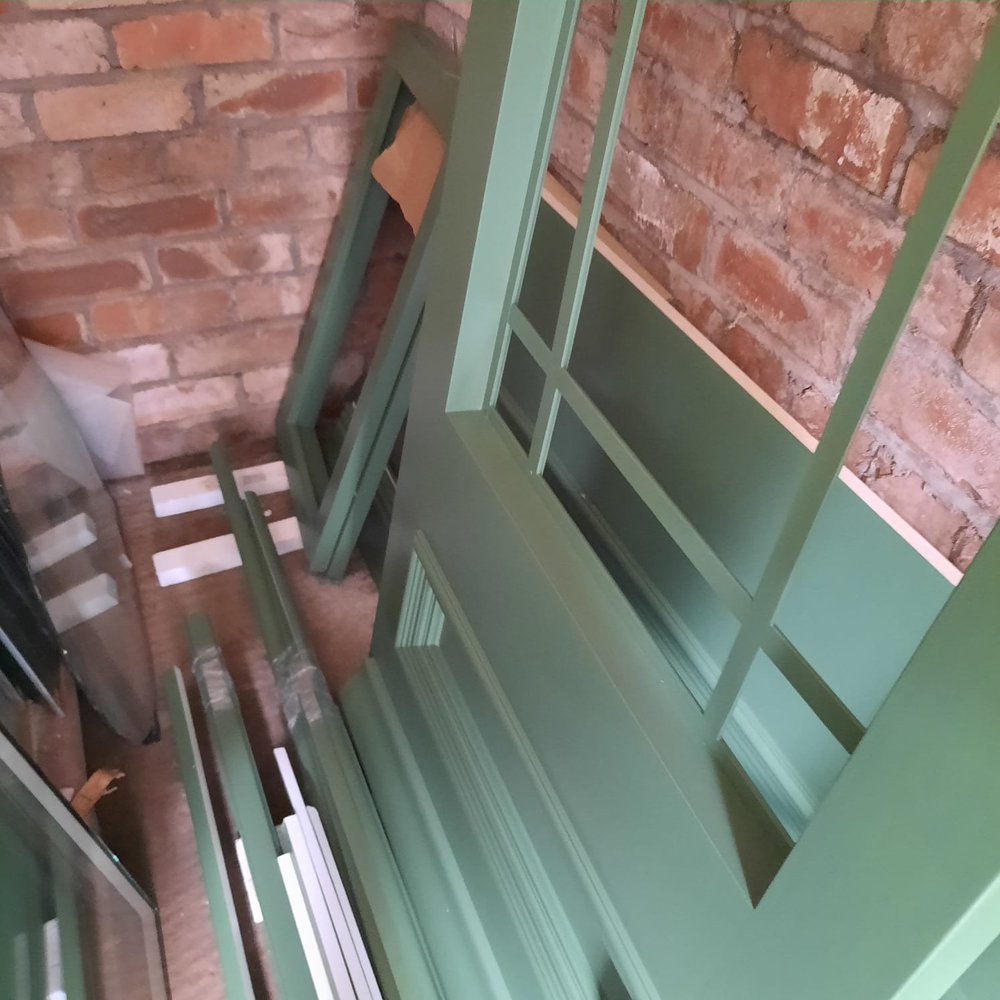 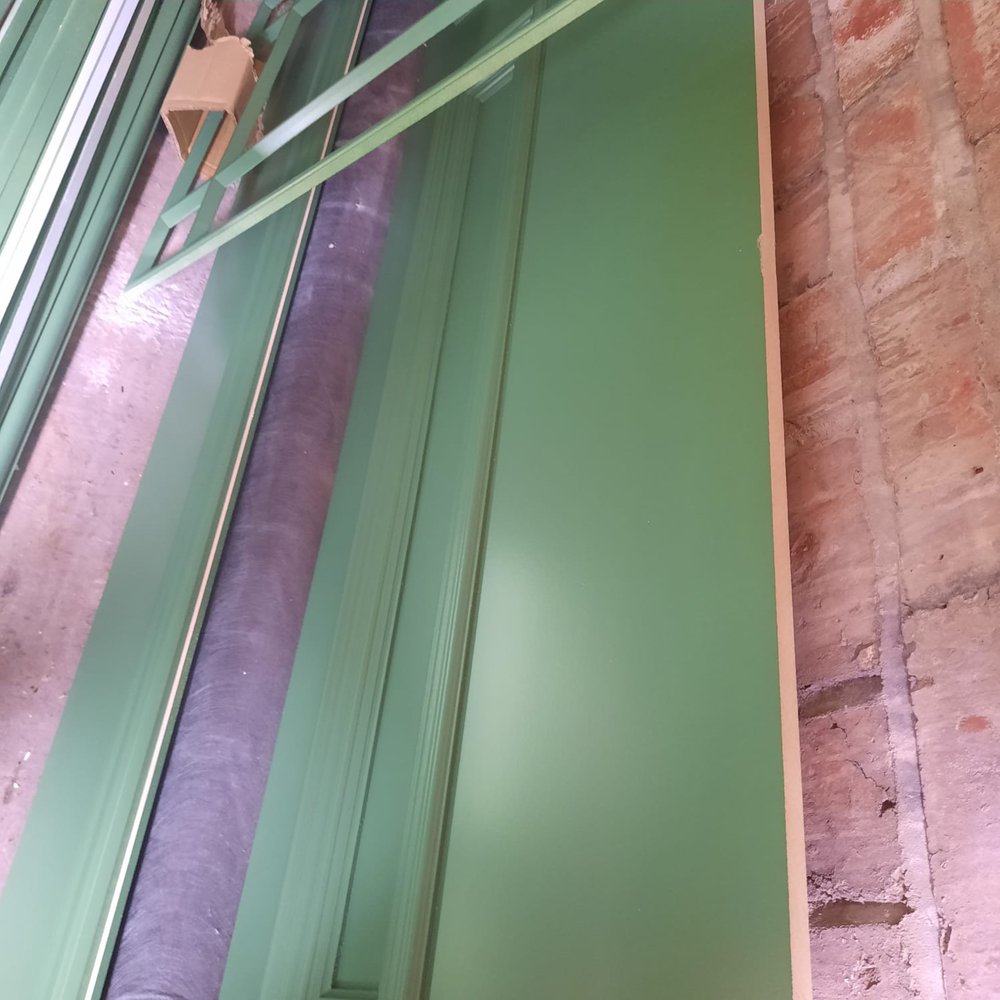 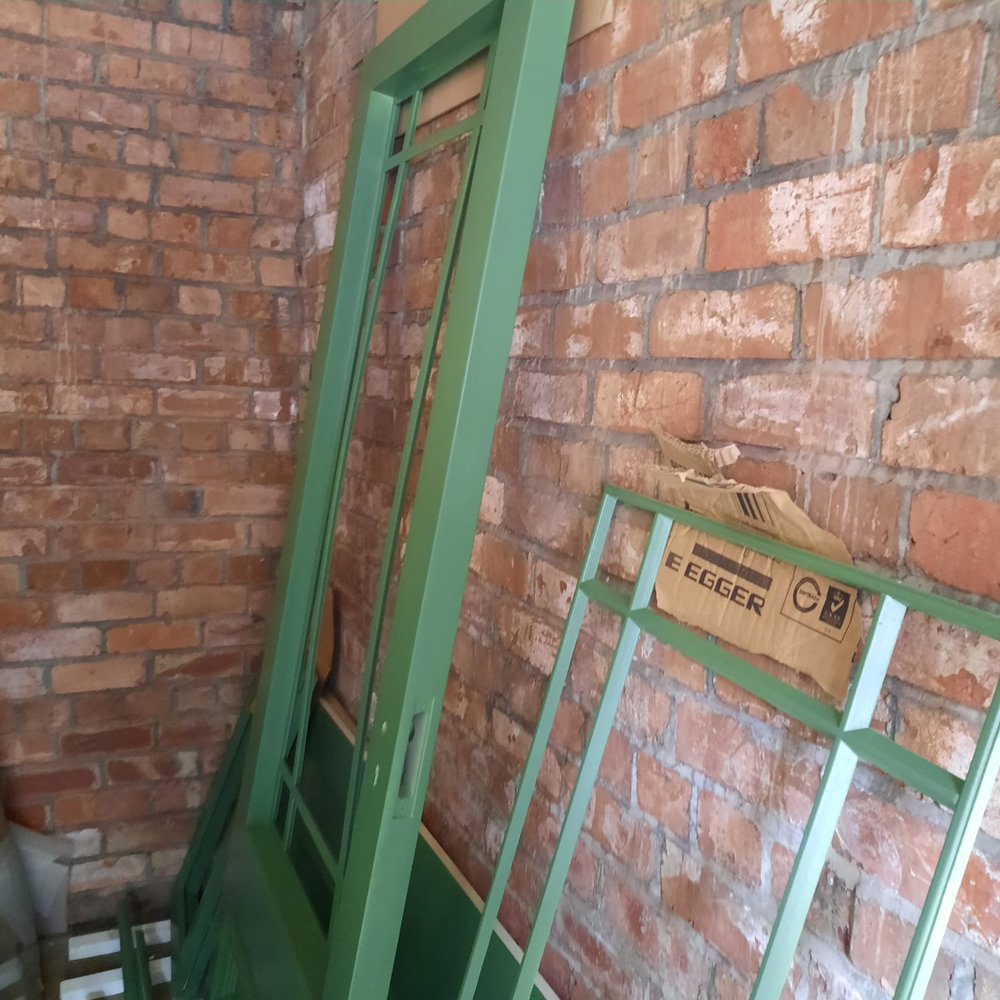 Best Bookshops in Newcastle upon Tyne
Date: 27.08.22
Post: Alice
August Bank Holiday
Monday 29th August is the last Bank Holiday of 2022. Here's hoping the sun shines! We'll be closed on the Bank Holiday Monday for a well deserved day off. The bookshop will reopen on Tuesday 30th at 10am. Our usual opening hours are Mon to Sat, 10-5.
Date: 23.08.22
Post: Alice
Save the date: York Book Fair
Are you ready for another helping of the magnificent York Book Fair?

Better save the date- this year's event is on Friday 9th and Saturday 10th September. All the usual suspects will be there, with 200+ dealers, floors of books, with everything from great and glorious first editions, beautiful antiquarian books to unique manuscript material. There are also maps, prints, ephemera, postcards, photographs, and plenty of book chat...

Friday 9th Sept 10am - 7pm. Saturday 10th Sept 10am - 5pm, at the Knavesmire Suite, York Racecourse, YO23 1EX. A shuttle bus will be running to and from York train station. For complimentary tickets and more, visit yorkbookfair.com
Date: 25.07.22
Post: Alice
*Postponed til September* We're getting a new shopfront.
We're getting a lovely new traditional hardwood shopfront installed. Our current uPVC one was installed by a previous bookshop owner in the 1990's, and it's always looked out of place on an 1840's building. The new one will be more appropriate for our location on the edge of the Camp Terrace Conservation Zone, opposite historic Christchurch.

The shopfront installation is scheduled for Mon 8th, Tues 9th and Wed 10th August. The main room of the bookshop will be closed, the rest of the bookshop will be open. Access by the side door on the lane.
Date: 21.07.22
Post: Alice
North Shields Metro station is closed 16th-29th July
No Metro trains will run through our nearest station, North Shields, between 16th and 29th July. The line is closed from St. James to Tynemouth for a bridge replacement. If you're visiting by Metro, travel from Newcastle and north towards the coast, then jump off at Tynemouth Station. It's a pleasant 15 minute walk to the bookshop through Northumberland Park and then on along Tynemouth Road. Apparently there isn't a bus replacement service during the fortnight closure, but local services are accepting Metro tickets.
Date: 13.07.22
Post: Alice
Attend #YABS22 for free with a scholarship. Applications close Friday 15th July 2022!
YABS teaches would-be booksellers the nuts and bolts of the rare and second-hand booktrade. It’s a popular educational programme that teaches aspiring booksellers the basics of the rare book trade. Bookselling procedures and techniques are discussed through a series of lectures, discussions, and practical hands-on workshops. The focus is on successful post-pandemic cataloguing, pricing and bookselling.

Find out more about our involvement in launching YABS here. And there’s information on the scholarships, and how to apply for them here.
Date: 08.07.22
Post: Alice